The Oxford Recovery Center was founded in 2008 in South Lyon, Michigan after the CEO Tami Peterson “witnessed the healing potential of the hyperbaric oxygen chamber” after experimenting on her daughter. So according to Peterson, a few months after using the HBOT, her daughter was able to dance the Nutcracker ballet and was “completely healed.”

Over the course of 12 years, Peterson added multiple “treatments” and opened an office in Troy, Michigan. South Lyon office was moved to a larger facility in Brighton, Michigan.

The Oxford Recovery Center offers hyperbaric oxygen therapy, neurophysical/suit therapy. neurofeedback/qEEG, Restrictive diets (GAPS and GF/CF) , ABA, neuromuscular therapy, music therapy, and weight loss. Dr. Bogner has four children, one of them is autistic. They claim to treat over 130 medical conditions. About 150 people come to the center per day for their services.

On May 24, 2021 it was announced that the Oxford Recovery Center is building a $10 million ABA camp as part of the center.  They are expanding its main campus by 35,000 square feet. This more than doubles the size from 32,000 square feet. The expanded facility will include a replica village to simulate everyday environments. It will gave a grocery store, dentists office, salon, park and other places in daily life. According to the center “Kids treated for autism will be able to ride tricycles and bikes on a simulated road complete with curbs and sidewalks” As if autistic kids couldn’t survive in the real world and without ABA.
One room simulates a storm. This will allow the child to have sensory overload in a “fun” environment. They also plan for more hyperbaric oxygen quackery. They admit that it is not covered by insurance for autism since it is not FDA approved for that.
According to the center,”Its insurance behavioral therapy. but it feels like you are at camp. Great. Another way to traumatize autistic children. Congratulations.

Director of Arts Was Found a Fraud

Whether or not the director of ABA was a fraud, it is still an abusive practice.
Someone claiming to be Casey Diskin, a Board Certified Behavior Analyst, was in fact a convicted felon using another BCBA’s license number for three different positions. She was convicted of steeling thousands of dollars and credit cards from her mother’s cousin and mother in law. She also stole jewelry and identity from her mother in law by opening credit cards and accessing her mother in law’s bank account. There are also court records that show her family convinced her to check into a psychiatric hospital. She did plead no contest to the charges, spent one day in jail and was on probation for 2 years.
She was listed on countless health facilities that focus on autism. She was featured in a video on the center’s website with the founder and CEO, Tami Patterson. She kept this charade up for years until she was caught. Her real name is Kimberly Casey Condensikin.
While not holding certification, Diskin still created and directed Oxford’s autism services ARTS programs, Oxford claims can lead to recovery.
The description on the Oxford Recover Center’s Website: 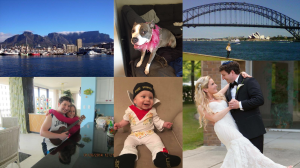 Casey began working with children with disabilities–with a focus in children with autism–while working on her undergraduate degree at Wayne State University in 2004. She continued her masters program at Macquarie University in Sydney, Australia. Casey attributes her unique program approach, which focuses on functional life skills through naturalistic teaching, to the training she received in Australia.  She returned to the United States in 2013 where she met and married her husband, Joshua.  She welcomed her greatest accomplishment, her son Asa, to the world just last year. She loves live music, good food, and good company.}

The BCBA that had their license number stolen was Kimberly Peck. Dr. Peck had to have her certification number changed. She had reported this several times. There are records that show that Diskin worked at mutiple health providers that focus on autism and she did that using the stolen registration number. None of these facilities even thought to check to see if the registration number was legitimate.
One thing to keep in mind, it is easy to look up certification on the Department of Professional Regulation for a particular state. How did they not check on her certification number to make sure the names and photos matched? This is simple administration work to make sure the business is hiring qualified employees.
On the day this fraud was let go, several employees resigned including:
Dr. Christian Bogner. He launched the program that the fraud was leading. Suspish, no? It gets better. The CEO, Tami Peterson emailed the media that she was aware of Diskin’s past. “We are aware of Ms. Diskin’s past. As an organization founded by Christians, we believe in forgiveness and redemption.” There was NO WAY they did not know that her registration number belonged to someone else.
Then Peterson goes on to say,”I want to reiterate that these allegations are either wrong, demonstrably false or taken out of context. For privacy and other legal reasons, I really cannot comment further other than to say that these claims appear to come from a former disgruntled employee and perhaps an unhappy parent.”
Sources:
https://www.fox2detroit.com/news/woman-running-autism-programs-at-brighton-facility-is-convicted-felon-has-fake-credentials
https://oxfordrecoverycenter.com/our-story/